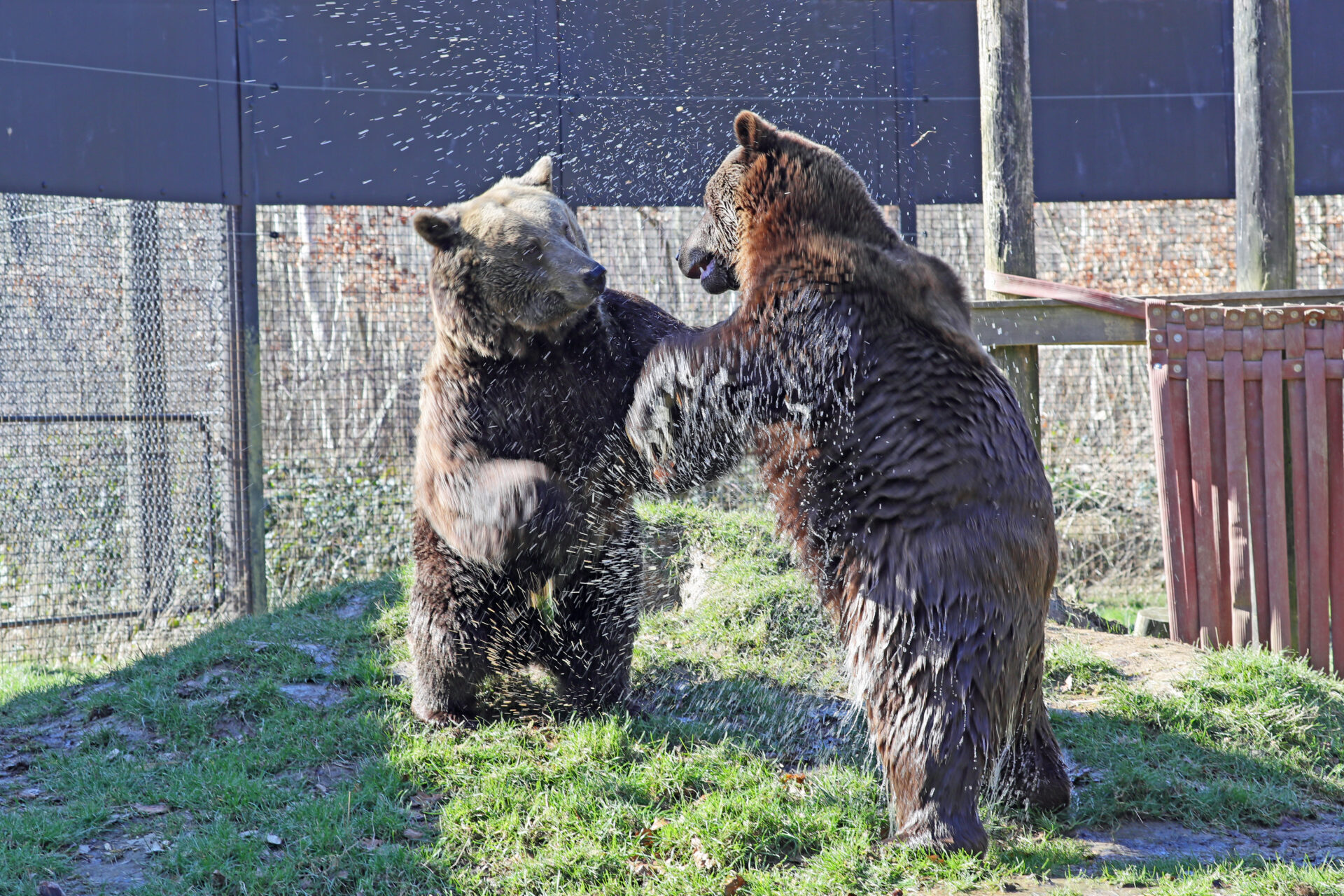 Two European brown bears, rescued from barren concrete pits in Bulgaria, are back on the prowl at an animal sanctuary in the woodlands of the Garden of England, after being mostly asleep since November.

They are now attracting hundreds of visitors to Wildwood Trust, based near Canterbury, Kent, after recently waking from their winter torpor – a state of reduced activity that sees their metabolism slow so they can survive winter with little food – and are now roaming their 1.5 acre habitat.

Wildwood rescued the males in 2014 from a hunting facility in the Rhodopes Mounatins in southern Bulgaria where they were experiencing what staff called “appalling lives of misery and neglect”.

Named Fluff and Scruff by their new keepers, the bears had lived their entire lives in small cells in an abandoned bear breeding centre called Kormissosh. This formed part of a reserve for hunters, which had 15 lodges in 42,000 hectares of wild countryside. The animals would be released into this area to be stalked and shot at by mostly ruling Communist Party commissars and their guests.

The “bear farm” was used to breed the creatures and at one time 75 were housed there. But in 1993 bear hunting was outlawed and as a result, it was abandoned. It is now closed down.

However, because the facility was designed as a breeding centre, the males and females were not separated when it was left to rot, and so cubs continued to be born. No official details are available about what happened to the rest of the population but is is believed many were released into the wild where they were ill-equipped for survival. In 2014 just the two remained.

The rescued pair, are both now aged around 24 – with 30 being the usual lifespan of the species in the wild. They were born at Kormissosh and had never been outside of their concrete pens before being taken away to the UK on a 1,600 mile journey by land and sea.

At the time of rescue they each weighed about half of what they should have of – around 150kg – and despite being in the same facility, they had never seen each other or any other bear. They were anxious and frightened and spent their days pacing their small spaces over and over.

After a push to raise the £50,000 (AED225,000) needed for their transportation and quarantine, Wildwood managed to rescue the bears in November 2014. The operation was, in fact, brought forward by five months as staff feared they might not survive the winter.

After arriving at Wildwood, the bears were housed in a quarantine enclosure whilst their larger woodland area was completed.

Rescuers said that when they first arrived the bears were clearly anxious and showing signs of stress, which they had expected. So the keepers designed and built what they called “enrichment tools” such as toys and puzzles to help exercise their naturally enquiring minds.

Now, sanctuary staff say, the mental and physical health of the rescued bears has greatly improved. Their natural instincts are encouraged, and they are able to forage in their woodland home, relax in their water pool and since arriving in their new home have benefited from spending a few months in torpor every winter.

In the wild bears live on an extremely varied diet and will spend hours searching for fruit and berries, insects, roots, grass, carcasses and this is replicated as far as possible at Wildwood where scattered feeds are used on a daily basis.

Keepers hide eggs, create “jam trails”, and lay down a variety of enrichment spread in the enclosure every morning. Fish have been introduced to the diet to replicate the animal’s salmon hunting in the wild. On top of that the bears will themselves spend hours foraging for berries, nuts, roots and leaves which all grow naturally as part of their woodland enclosure.

Wildwood has also rescued orphaned two Albanian bears but these are now at its companion site in Devon.

Mark Habben, operational director, said: “All the bears we have at Wildwood have been rescued and would be unable to survive in the wild. That’s why it’s been our absolute priority to give them a happy and healthy life and encourage their natural behaviours such as torpor.

“I’m really proud of the team, who have rightly gained international acclaim, for their tireless work to rehabilitate Fluff and Scruff.” 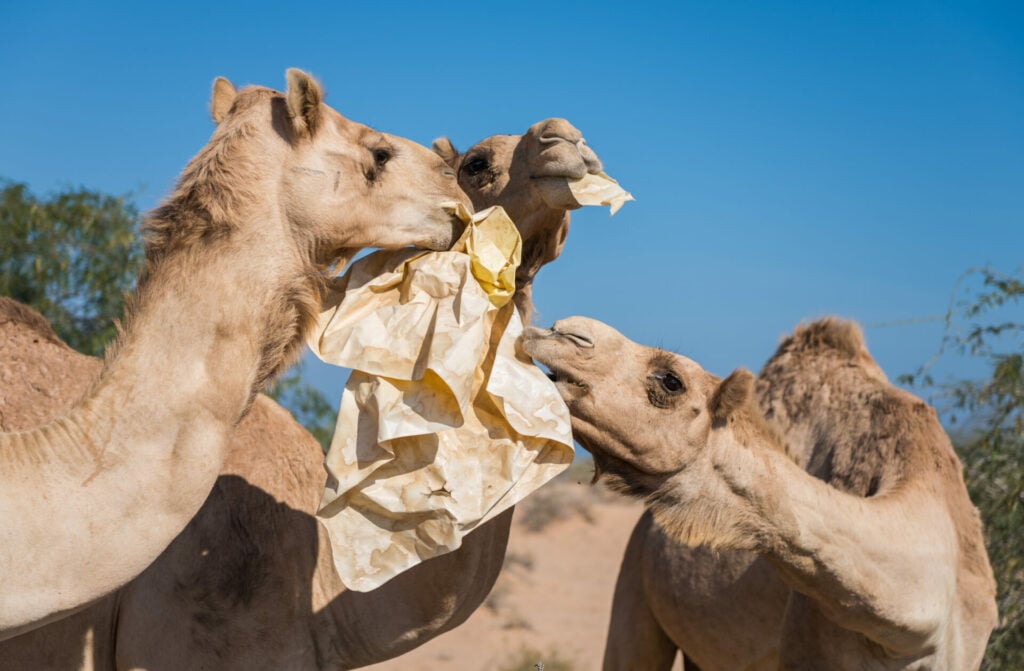 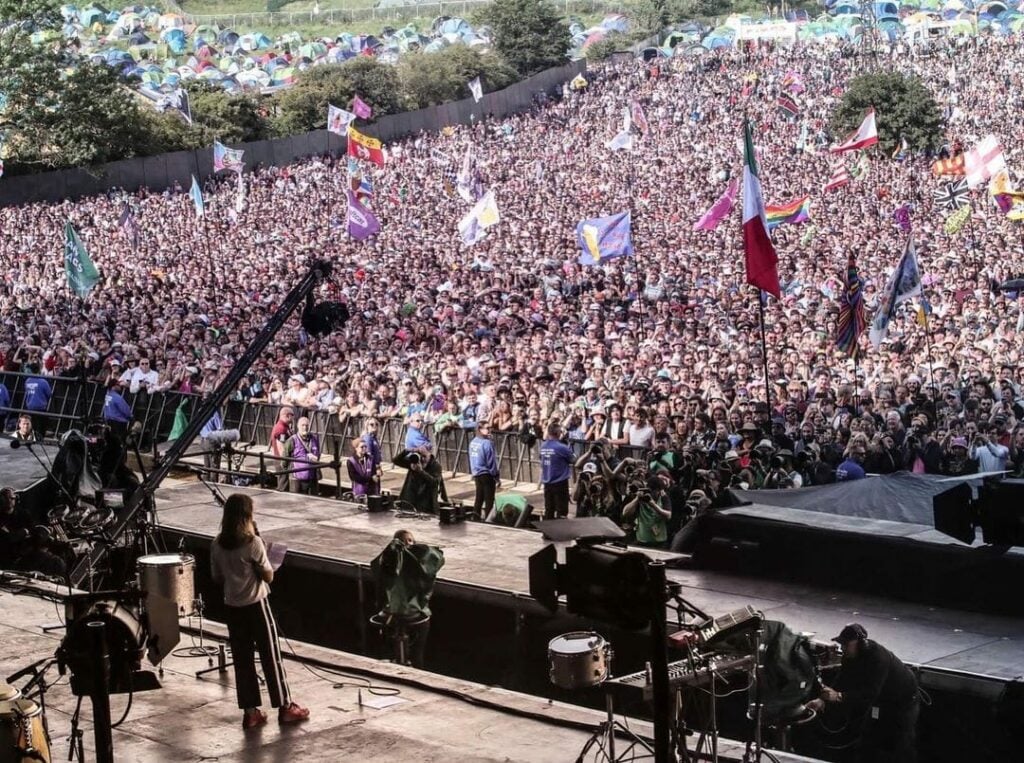 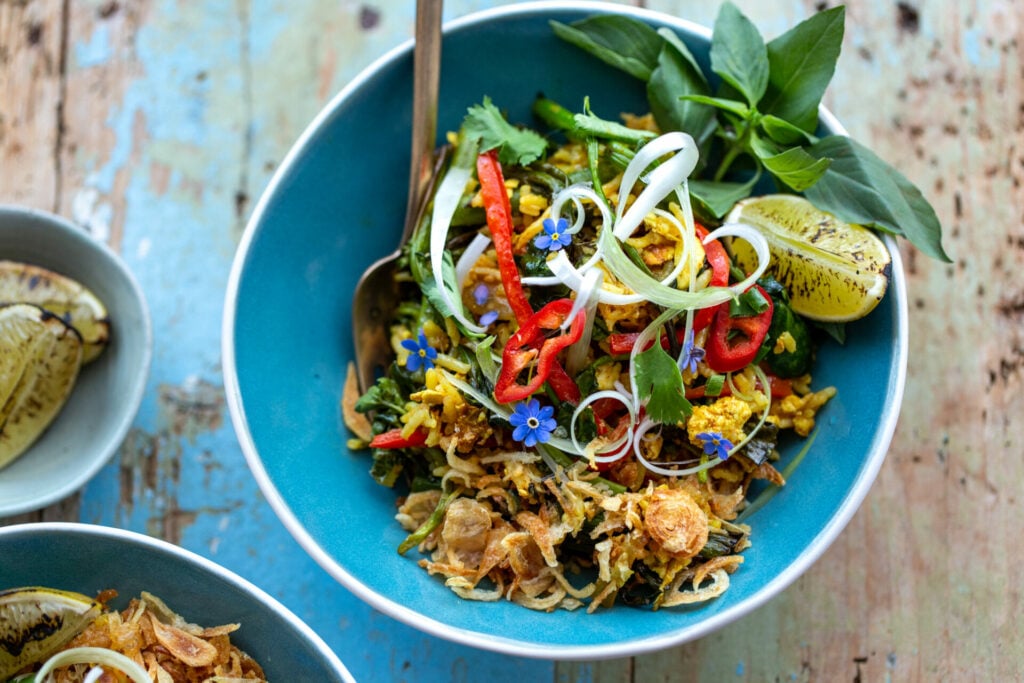 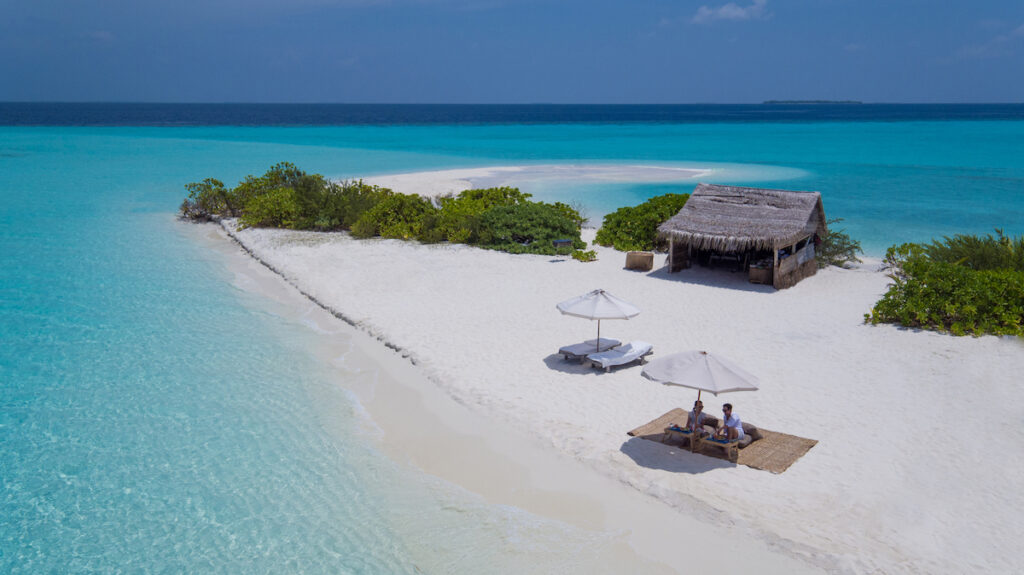 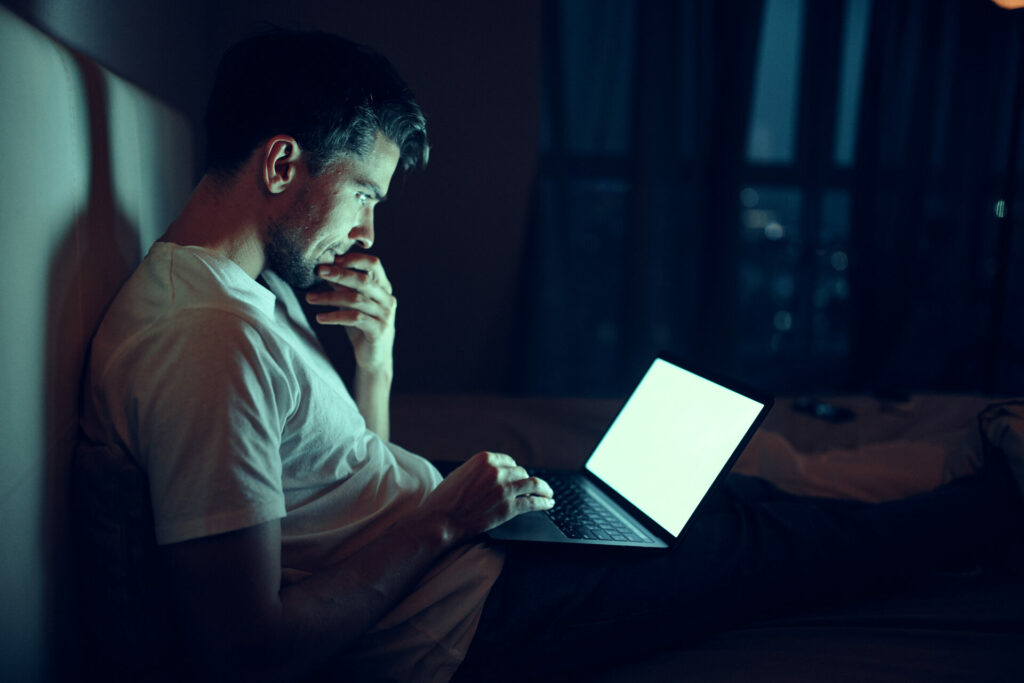 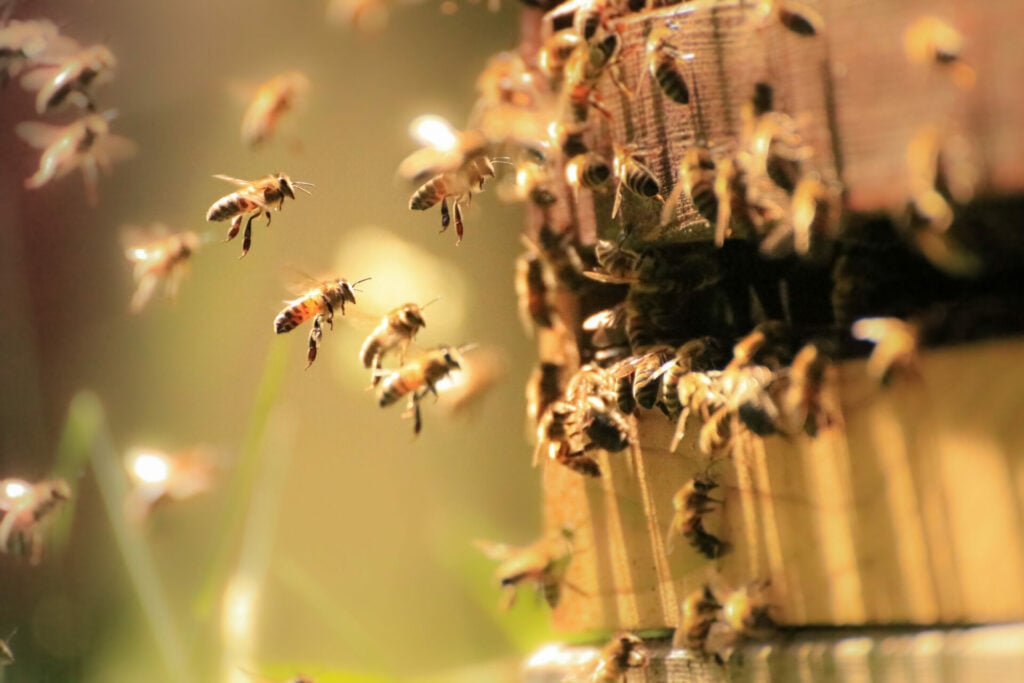