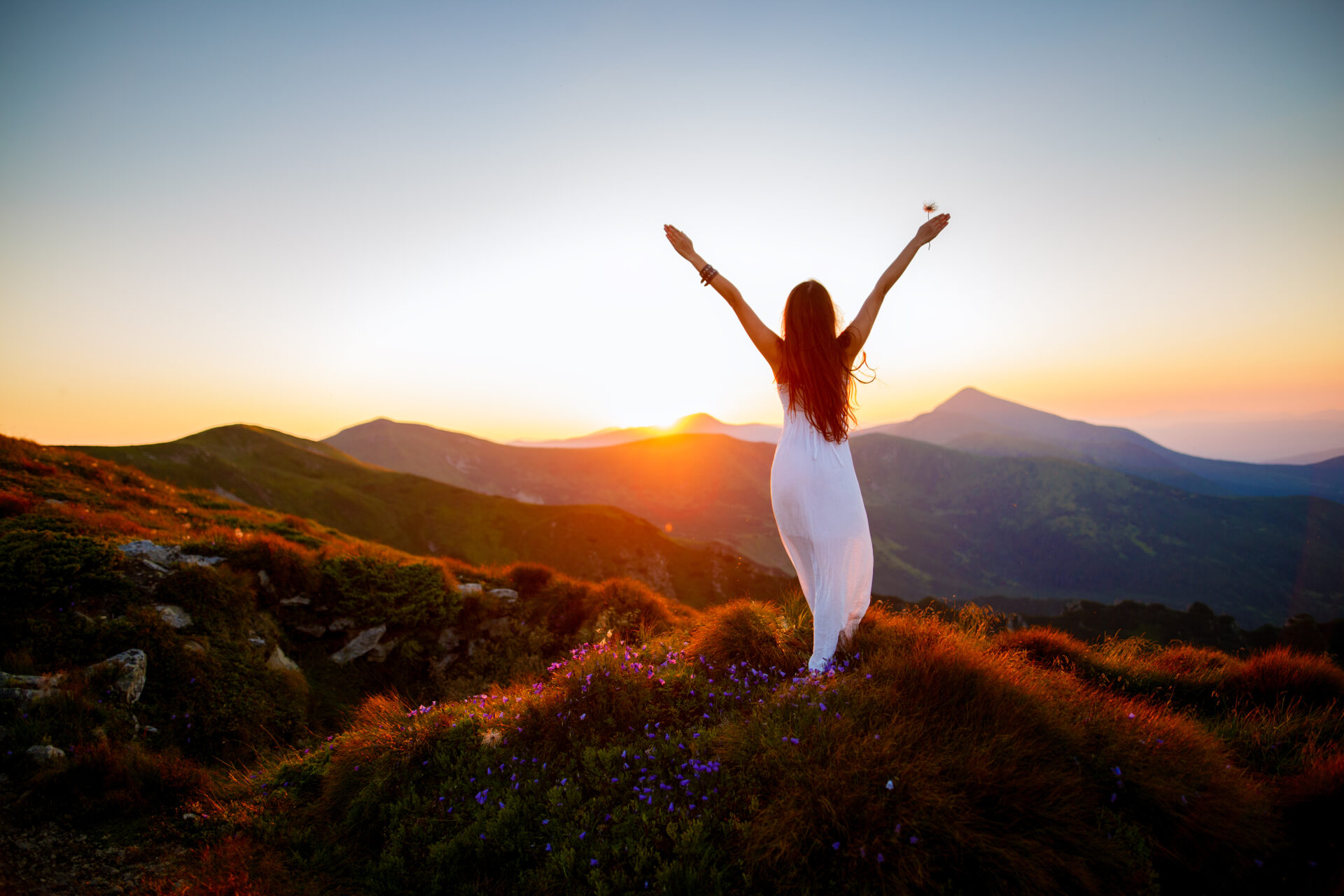 The end of each summer has always marked the end of an era: a time to start all over again. As the wind begins to blow away the intense heat and the moon is able to shine its light a little earlier, changes are in the air.

For many, September means back to school. Even if you don’t have children to wave off at the gate, you can’t shake off the memories of funky new stationary and shiny shoes.

There’s the anticipation of who the teacher will be, a major factor which shouldn’t be undermined. Pupils will spend a huge majority of the following 11 months with this person, in the hope that they lead, inspire and support them. Classes move around. Peers will have grown and changed their hair. There’s always the new kid.

Then, after school comes college, university, graduate placements and jobs. Some involve moving to a new city, perhaps, or even a new country. Maybe you use the last leg of the summer to make the move, and to settle, but the journey truly kicks off with autumn.

Our lives are shaped around this pattern, especially during our first few decades. Yet, the overbearing pressure for January to be out-with-the-old and in-with-the-new still stands. But that can be a bleak time of year. The intensity of the festive period has had no time to digest. The rush is on to score massive goals: lose weight, get a six-pack, find love or advance higher on that career trajectory.

It’s no surprise that researchers at the University of Scranton, in Pennsylvania, estimate that less than 10 per cent of New Year’s resolutions are actually achieved. Christmas can be an emotional time for many families for a number of reasons, not to mention expensive, exhausting and – let’s face it – sometimes a little awkward around that dinner table. Pinning a lot of hope onto making big life changes will likely be met with disappointment. Mentally, you’re just worn out.

Gretchen Rubin, the New York Times bestselling author of books such as The Happiness Project and Happier At Home, always feels inspired to turn over a new leaf in September. ‘January is the official start of the new year,’ she says, ‘but September also gives the same feeling of an empty calendar and a clean slate. The air seems charged with possibility and renewal.’

And why? Because the pace of summer is slower. Many businesses take a break during this time; you only have to wander around a usually bustling major city for it to feel a little like a ghost town throughout August. Productivity can be slow, with employees taking annual leave and freelancers in the thick of a quiet period. For places that boom with tourism and festivals, such as Dubai, a whole different vibe presents itself before September resets everything again.

And just as children start their new school year recharged from the summer holidays, it’s a time for them to grow after bonding with you as a family. ‘September is a really positive time,’ says UK-based psychotherapist, Linda Steiner, a Member of The Association of Child and Adolescent Psychotherapists. ‘When the children go back to school they’re refreshed and mentally ready for change.’ She believes that it’s important for adults, too, who may have been under pressure during the holidays to juggle work with childcare. ‘It can be quite nice to have your own space again,’ she says.

And by following the traditional academic calendar, from September through to July, we can learn from our children to chase down our own goals. Think about how they go in eager to soak up information at the beginning of the new term, and keep working hard – steadily and surely – until they break up for their summer holidays; this can be applied to your life, too.

Don’t crash diet to lose weight quickly (and inevitably regain the weight once you realise this is not sustainable), but make smaller, consistent steps to achieve your weight loss goal over a longer period of time, positively aiming for results in a realistic time frame. Don’t get disheartened if you don’t get what you want straight away. See the outcome as a learning experience with long-term effects.

Aligning your year with the school calendar can also allow you to take a break every six weeks. Unlike in January, when you might miss the twinkling ambience of Christmas and feel deflated after a highly anticipated build-up, you might also start wishing the time away until summer – which is a long way away. A school year has clearly divided sections. It can help you to place your goals in order.

Focus on changing external factors – your surroundings – to achieve your goals, suggests health behaviour change specialist Siri Steinmo rather than on your internal willpower.

If you’re dieting, don’t book a brunch where you’ll be tempted to eat the entire buffet, and surround yourself with people you want to become your friends and who share the same goals. ‘Social norms and social support are extremely powerful,’ she explains. ‘If you want to become a marathon runner, start making friends with other runners.’

Still, if a fresh start in September sounds appealing to you, it’s worth being mindful. Professor Per Carlbring, a psychologist at Stockholm University, tracked the progress of 1,066 people who made New Year’s Resolutions at the end of 2017, categorising their intentions into two classes: avoidance goals, which involved quitting something like sweets, or social media, and approach goals, such as adopting a new habit like salsa classes or guitar lessons. On average, the participants were 25 per cent more likely to meet an approach goal than an avoidance goal. ‘Instead of stopping things, you should start doing things,’ he says.

So as the mercury starts to fall, and leaves flutter from the trees in some parts of the world, don’t be sad that summer is over. Open yourself up to new possibilities and embrace all that September has to offer. You might just be ready to make those important changes, for good. 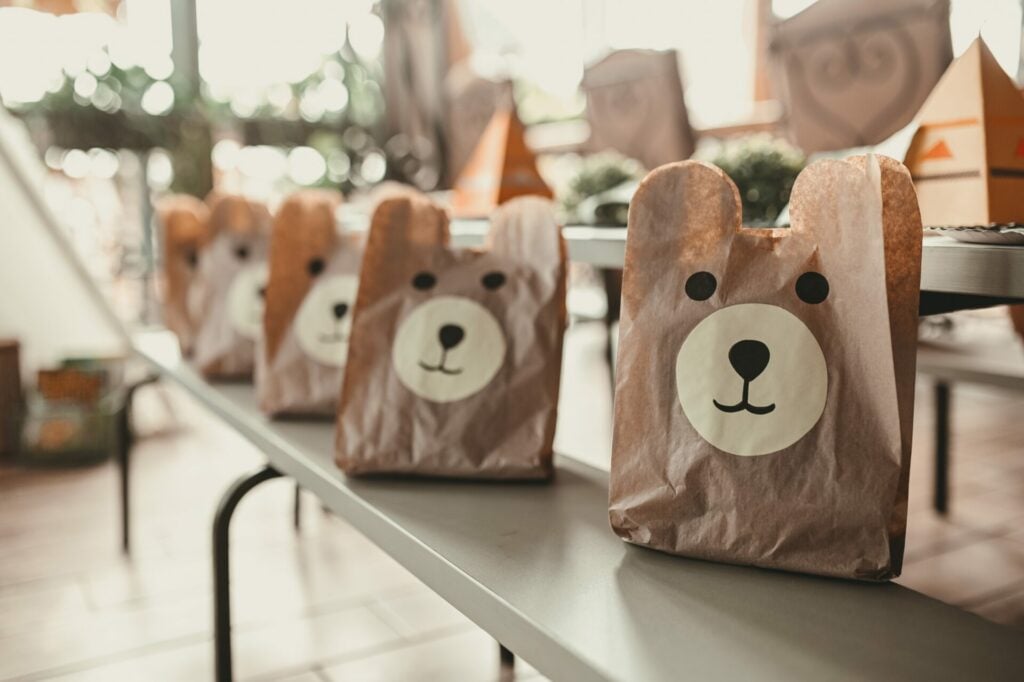 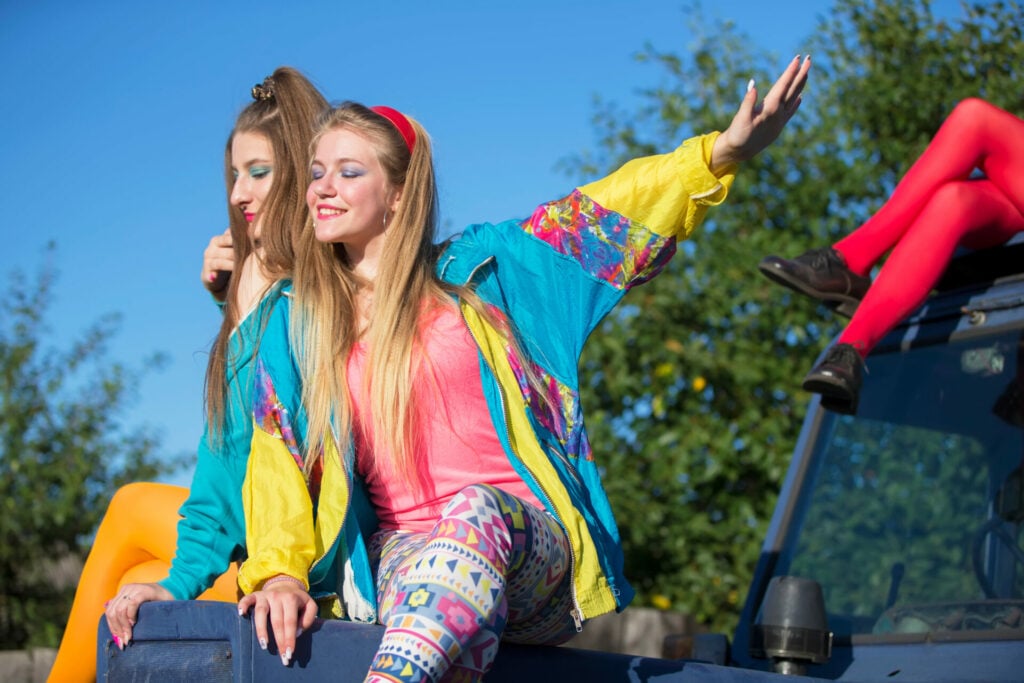 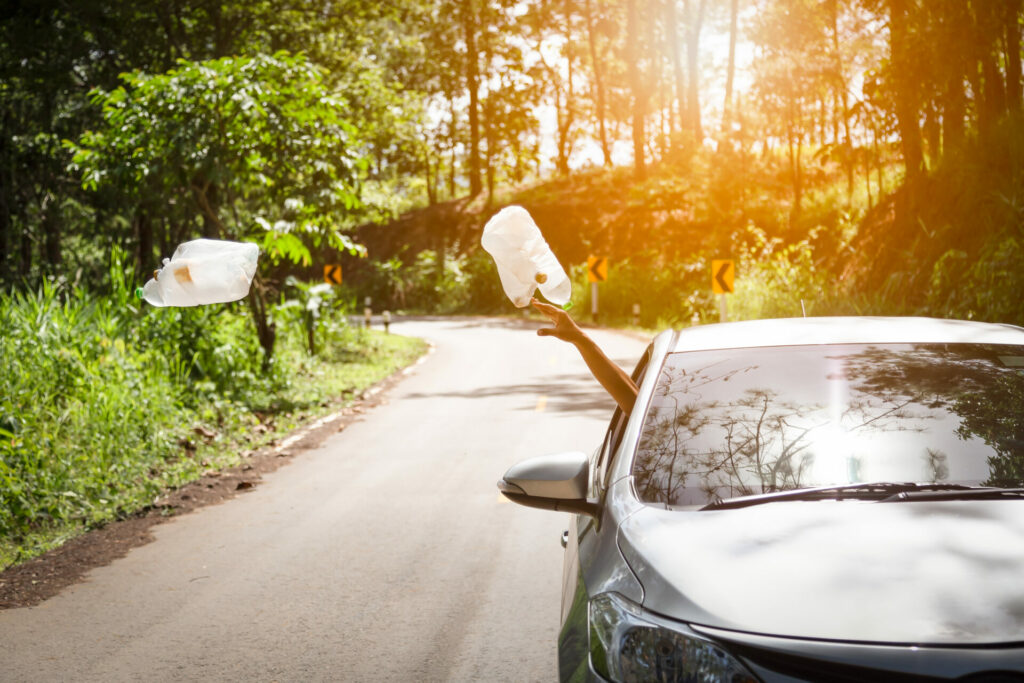 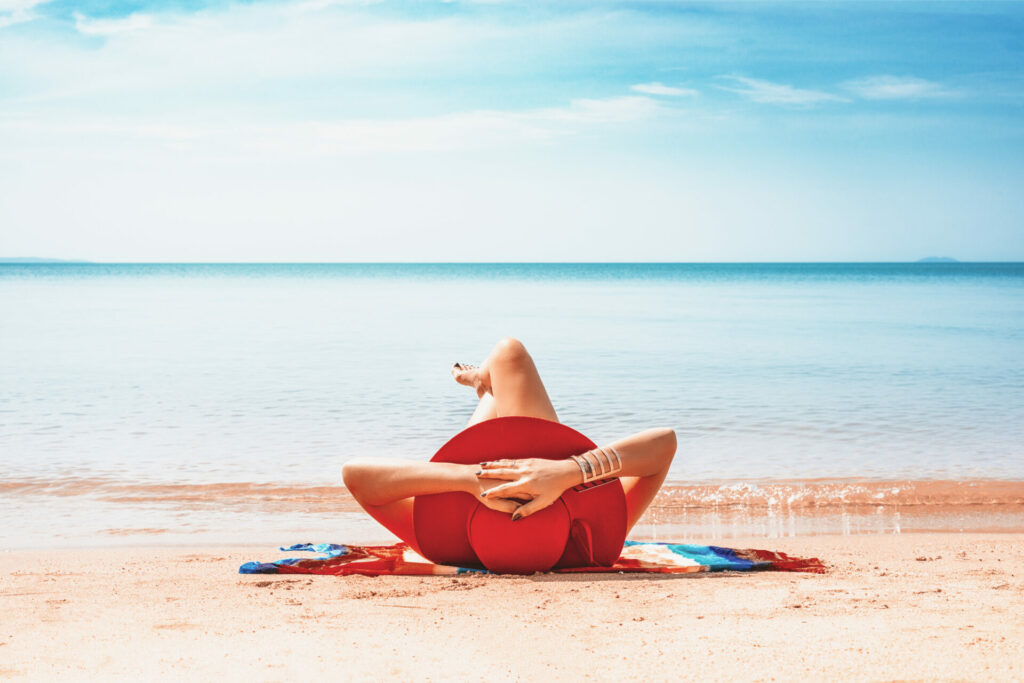 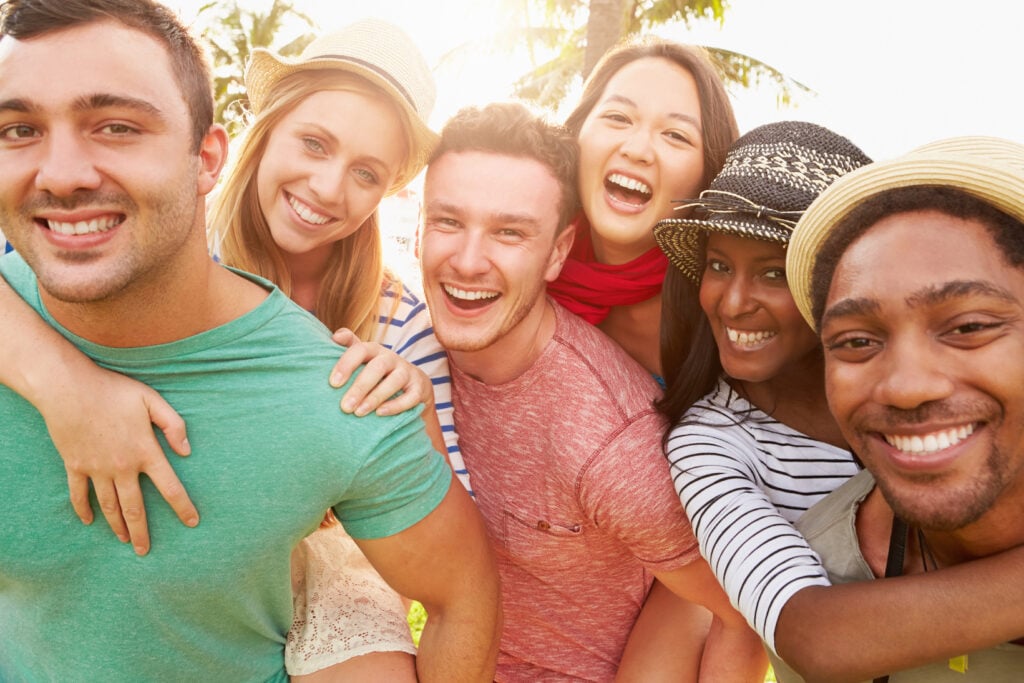 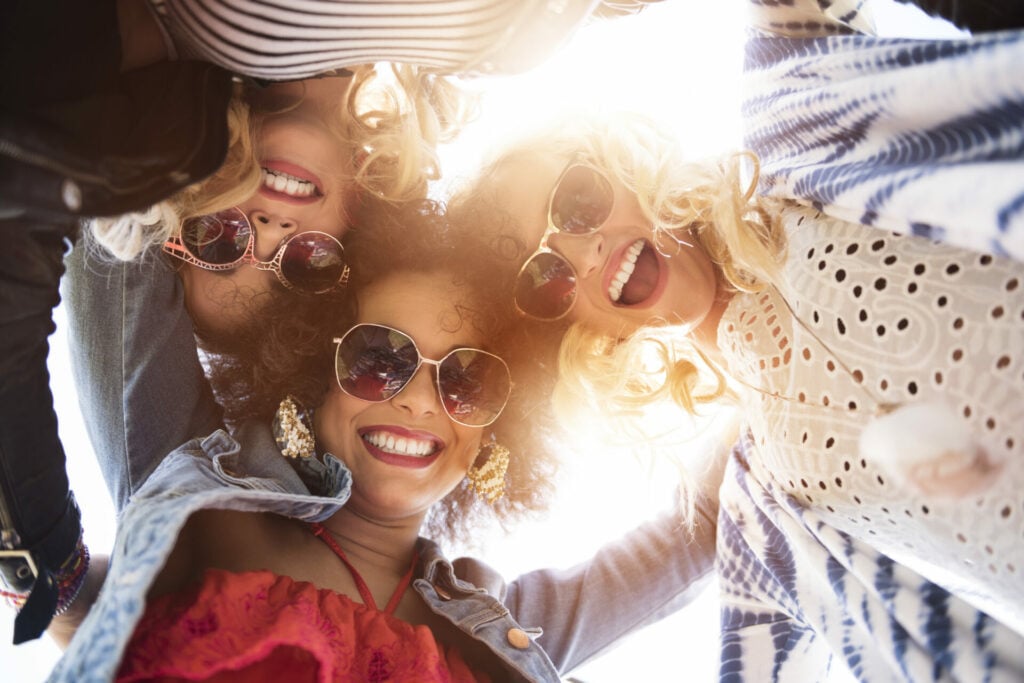