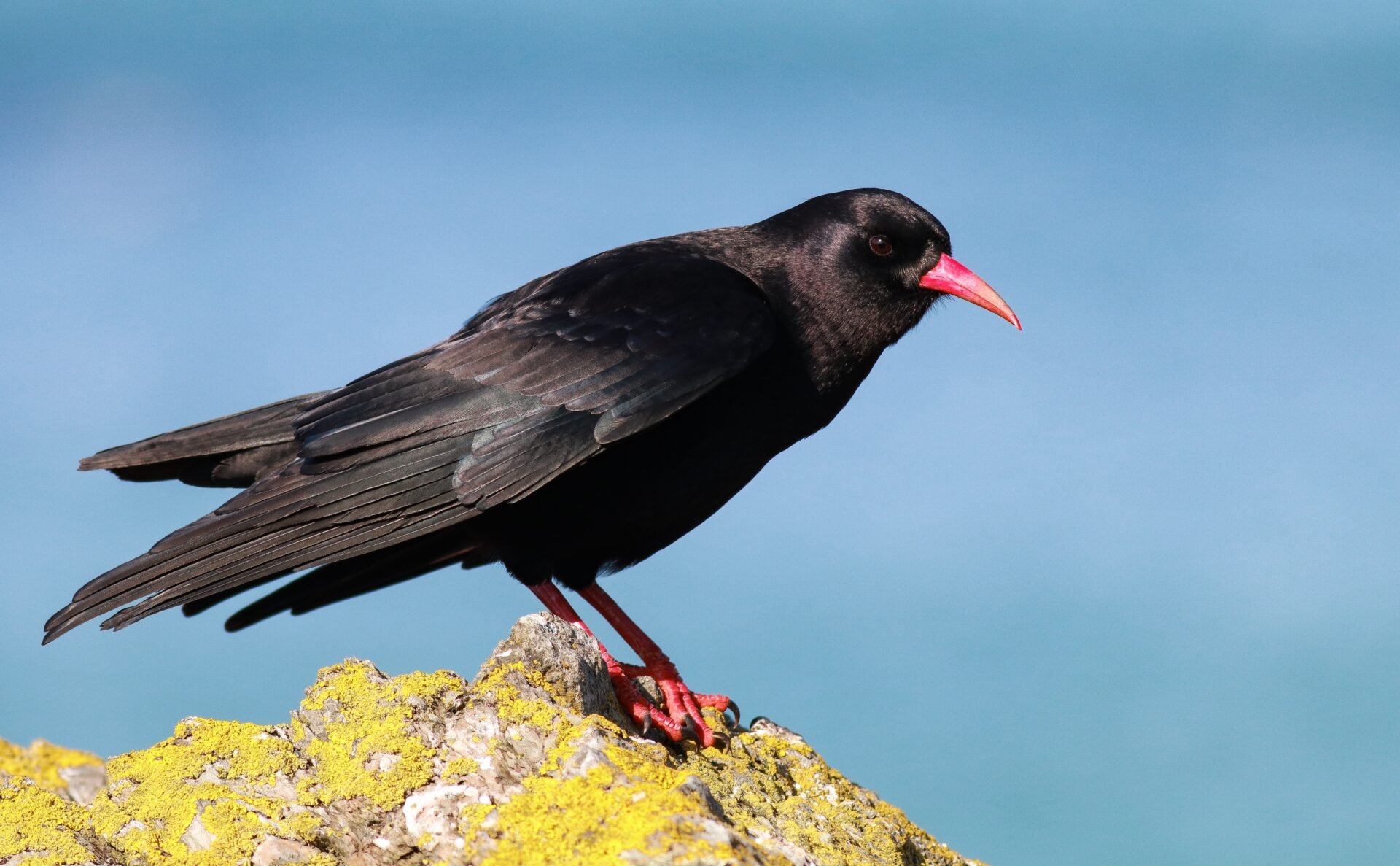 The chough, a historic bird of English legend and literature is set to be reintroduced into wild countryside close to the city which celebrates it on a coat-of-arms.

Canterbury, in Kent, bares the chough – the only member of the crow family with bright red feet, legs and beaks, and extinct from most of England for centuries – on its crest.

Now the bird is the latest species in the UK to be “rewilded” with up to 10 birds released each year, to establish a colony in the county.

Laura Gardner, director of conservation at the Wildwood Trust, one of the organisations bringing the birds back to the wild after acquiring a pair from a similar project in the west country, said: “We’ve got our licences in place, we are building a release rookery, the first release is due to take place in July or August.”

The Chough: The Stuff of Legends

According to legend, the chough got its distinctive colouring after paddling in the blood of Archbishop Thomas Becket, murdered in Canterbury Cathedral by three knights after he quarrelled with King Henry II. In King Lear, Shakespeare refers to: “The crows and choughs that wing the midway air.”

There are now 23 breeding pairs in Cornwall where a myth tells of how King Arthur transformed into a chough after he died in battle with his son Mordred.

The birds are also in Wales, Isle of Man and Scotland – but because they are isolated in a few pockets, there are concerns they are becoming inbred. And as they rarely travel more than a few miles, it is highly unlikely the birds would ever reach Kent.

Bringing back the chough is only possible because chalk grassland has been restored across the county. This is an incredibly rare habitat, with 50 per cent of all global chalk grassland being located in England. Its exceptionally high insect biodiversity, due to its low nutrient levels allowing perfect conditions for a large range of flowering plants to flourish, provides food for the birds.

A successful chough restoration project was staged on the island of Jersey between 2013-2018 and has successfully restored the species. Many of the techniques developed then are being used to guide the Kent project.